The War On Americans

We have just seen the beginnings of the attempts to set We The People against each other.

Our Law Enforcement Officers are running rampant, shooting at will, and not being charged. People are taking sides, and yet, are being chastised for stupid reasons - for example, the President of Smith College, Kathy McCartney was raked over the coals for tweeting under #All Lives Matter, rather than the tags #Black Lives Matter. It's a stupid division.

NY Attorney General Eric Schneiderman came up with a great idea - install an independent counsel to prosecute any and all problematic police shootings. Our DA and his assistants are held hostage by their relationship with the NYPD, so this would ensure an impartial prosecution.

The ballot initiative to perform a real investigation as to the events of September 11th, 2001, was struck down yet again - their is a lawsuit on hand to reverse this decision. Need I mention that the CIA Torture Report was released, and it doesn't look too cool for the U.S.? We need to make those responsible for their wrongdoings to pay for their crimes - otherwise, why have laws? 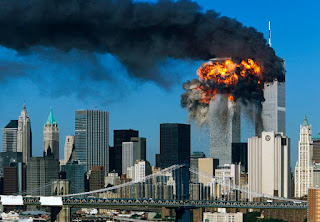