Somebody get me a bromo...!

Against the better judgment of her peers (and most registered Democrats), Hillary is going to go the distance. This will ensure that no debate of the real issues facing America will take place.

But then again...what are these debates but bathroom sparring sessions; you know..."mine is bigger than yours"...well, I'll tell you what I'd like to hear at these debates:

1. Why was there such a rush to clean out Vincent Foster's office after his "death"?
2. Why did you delay the release of your finances?
3. Why do you and John McCain advocate the abeyance of a tax that actually goes to restore broken/failed infrastructure? Wouldn't a better solution for this serve WE THE PEOPLE, since the oil companies are making money hand-over-fist, that THEY take on this tax burden, since the oil companies have colluded with the car manufacturers to keep the MPG standards at a virtual standstill since the seventies? During WWII, we stopped making pennies out of copper because it was required for munitions - isn't what they're doing considered WAR PROFITEERING?
4. Why did you LIE about your "vast experience" in regards to what you purport to have over your junior colleague (and rival for the office of the President of the United States) Barack Obama? In a court of law, one lie is enough to render all relevant testimony given to be FALSE - so why should WE THE PEOPLE take anything else you have to say to be the unverifiable truth?
5. Why are you NOT INTERESTED in putting the interests of the United States of America first, second and third, over the interests of ANY OTHER COUNTRY?

Here's what I mean: Doug Feith gets reamed on The Daily Show!

One can certainly agree to disagree...but this is prevaricating on an UNHOLY level!

To tell you the truth...I hope Mary Tillman doesn't go off her nut when the truth regarding Pat Tillman's "death" comes out...

Some links passed on by Travis Kelly - buy some stuff!

"Anti-Iran Propgaganda collapses: Weapons were not made in Iran after all"
CASMII Press Release
10 May 2008

And one more link and rant from me: Actor Dennis Quaid urges Congress to preserve victims' right to sue
by Robert Cohen/The Star-Ledger
Wednesday May 14, 2008, 2:59 PM

This was going to be my lead article today. The FDA seems to be part of the population-reduction crowd. Why else would they, for any reason, allow aspartame and MSG to be part of ANY foodstuffs that people ingest?
Aspartame is a PROVEN carcinogen and neurotoxin; MSG has caused seizures and worse in people...oh...I'll be back to complete this rant...just stay away from this crap - get off of yer butts and move around - maybe I'll start a cane sugar factory or something...but I digress.

The pharmaceutical companies lobbied and were successful in having themselves inured from lawsuit for malpractice and failed/faulty medications.

So...in other words, they can have some crap passed off as medicine, and when it completely screws up your life...YOU HAVE NO RECOMPENSE. Remember the beginning of Fight Club? What was the gist of Edward Norton's character's job?

To measure the amount of money to perform a recall on a KNOWN FAILED ITEM OR DEVICE, as opposed to the amount of potential lawsuits. In other words - PROFITS OVER PEOPLE.

Remeber - what's the main purpose of a corporation?

Do I really have to state that I'm not a frickin' communist? I just refuse to be beholden to money. 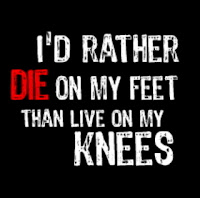