Let It Collapse! -- by Christopher Ketcham 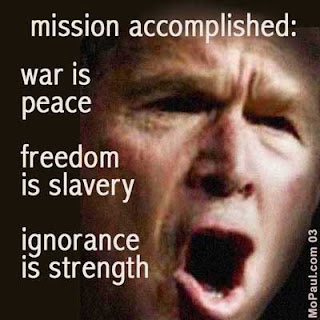 So the tax-payer hand-out will “save” Wall Street from its own predations. Any reasonable man, of course, would wish the pig-fuckers to fry in their own feces. Let the free market carry out their corpses to the gutter. And mine too, perhaps, for as a magazine writer I depend on the thoughtlessness and blind-mole cupidity of credit-card consumerism – the credit system now imploding – to feed the ad-market that feeds the magazines that pay my bills. Without dumb blondes buying Manohlo Blahniks and metrosexuals fawning over prawns in overpriced restaurants, my paycheck turns to dust.

But the fact is that our economic system is a lunatic and suicidal system, and it deserves to go down. Why lunatic and suicidal? It is predicated on the delusion, accepted on every level in every modern society, that unlimited Mahnolo Blahniks are possible on a planet of limited resources. Growth without horizon is simply not possible, but the delusion remains in force, a mass glue-huff and consensus trance hallucination. Endless growth on planet earth is by definition entropic; it implies its own end. Its pursuit is therefore suicidal.

What might replace the current insane system I couldn’t venture to say. Certainly, a lot of people will be hurt if we go down the rat-hole that appears our proper and fitting end. If events trend badly enough, a period of contraction, unemployment, economic depression, homelessness, tent cities, rising crime, boarded up storefronts, abandoned homes will be upon us faster than imaginable – the last five developments are already in our midst in the post-subprime wastelands of suburbia. Perhaps the crisis will bring about the devolution of the American living standard to something like sustainability. Perhaps it will only bring out a lot of pissed-off middle-classers who refuse to accept that the American way of life is sick and crazy and has no future. That kind of infantile resentment historically either leads to reform or fascism.

Gerald Celente, a self-described “trends forecaster” who last year predicted the “Economic 9/11” that hit this week, dropped me an e-mail the other day: “THE PANIC IS ON,” he wrote. “Depression to follow…” Celente, who has famously tended to be right, augurs that the big Wall Street failures will extend far beyond the financial sector. “In the coming weeks, months and years,” writes Celente, “we'll see a steady stream of banks, giant retailers, consumer product companies, manufacturers, leveraged buyout firms and home builders going under. The next economic shoe to drop,” he avers, “will be in the commercial real estate sector.”

Bring it on. I envision a trickle-down benefit here in Brooklyn, which when I was growing up in the 1980s served fine as a natal ground defined by burglaries, homelessness, murder, empty streets, and the pervasive sense that bad things could happen at any time, which tends to raise consciousness to a fever range, the kind of sharp-sword animal consciousness where the coyote and the rat operate. Empty streets, spartan and lean and dark – that’s what I most remember about old Brooklyn. The place had the feeling of desert. It was replete with open spaces. The “maggot called man,” in Nietzche’s memorable phrase, was not swarming in the foreground.

There was very little that was considered upscale – meaning you could afford the restaurants and bars, what few there were, without making $100,000 a year in the salary prisons of corporate Manhattan. When I was 19, in 1992, I rented an apartment in a neighborhood of old brownstones then known as Park Slope – hallucinating realtors in the New York land rush of the last 20 years have since divided the streets into a Babel of sub-markets. I paid $400 a month for two rooms and a bathroom that leaked shit-water and a fridge that shut off periodically to fill with cockroaches (they ate ham while I slept!). My girlfriend at the time, Carole-Anne, with whom I’d later have a daughter, had just gotten off a plane from Paris. One day I came home to find her crying. “A man – no head! La tete, la tete,” she said. She was hysterical. A man had been shotgunned around the corner and Carole-Anne had walked onto the crime scene minutes after the shoot-out, before the cops could sanitize. That was Brooklyn. And it was okay – well, not okay, but it was part of the facts of life in a city that warded off those who weren’t trained in that high keening consciousness to accept it. One night we borrowed my father’s Honda and took a midnight drive into a cliffy forested park at the northern tip of Manhattan, and a car came up behind us in the lightless road and tried to cut us off. A car-jacking. The men in the car screaming out the window, waving guns. Carole-Anne hysterical (poor girl, from the suburbs of Paris!). High-speed chase along the winding roads. The cars screeching. We escaped down a wrong-way road at 70 miles an hour – god save us we didn’t smash into someone coming the other way – and when we were home in Brooklyn, we were alive. Alive and overjoyed and it was a beautiful moment. That was New York.

This is all romanticized drivel, of course, and to be car-jacked or see a man shotgunned is not to be interpreted as normal or fun or desirable. But at least it was affordable. You didn’t have to work 60 hours a week to watch the cockroaches eat your dinner inside the fridge. You worked enough to pay the rent, and no more (I was a bike messenger, she worked as a secretary at a real estate office that I’m convinced was also trafficking narcotics). I think of the accounts I’ve read of primitive societies, in the sea-girt islands, say, of Micronesia, where perhaps three or four hours a day are lost to the work required for daily survival. The balance of waking is dedicated to nothing at all that could be construed as productive, which means it was for playing with the kids, it was for sex, for sleep, for lazing and going back to sleep. A little work, mostly play makes Jack a happy boy.

Today the same shit-house Carole-Anne and I lived in costs $1900 a month, and it probably still has a cockroach problem, but this is considered “character,” and the main avenues all around are swallowed in the caterwauling of commerce by which the newly-ripped-off resident is bombarded with the temptations of more junk than is affordable or desirable. Whereas on 5th Avenue in Park Slope in 1992 I used to be able to find a hooker and cocaine and run away from a fist-fight and learn Puerto Rican Spanish doing it, whereas I used to be able to find nothing at all on the street, no people, no rushing, nothing to buy or sell, just about every storefront today is taken over by the glad-handing smiley-face of the idiot consumer economy gone to its nth-degree madness. There is growth on all sides, it saturates, it feels like hysteria, and like hysteria it will end in collapse. There are too many amenities, there is too much foolery and surfeit disguised as worthiness and bottom-line necessity. The restaurants where crappy food, the same crappy food you might have gotten for a twentieth of the price ten years ago, is proferred as if it’s Jesus’ bread broken in your mouth – as with religious ritual, the profligate consumption bar/restaurant scene is as ritualized and hyperbolic as a funeral. Money is the password to all social relations. Bubble-economics on all sides: How many of the new jobs offered to the newly-rich in Brooklyn are based on anything more than the usual hallucinated sectors of finance, banking, media, fashion? Fashion, that New York engine of silliness, has for its purpose the slathering of rich people in expensive uselessness made by slave-wagers overseas – it is the industry of children playing at dress up. Once upon a time New Yorkers made their own clothing – right there in Manhattan, in the garment districts, where the art galleries of Soho now peddle emptiness on canvas. But emptiness is today our butter: entertainment, the “news cycle,” the so-called “arts,” the ever-increasing pestilence of a media that informs not at all. Are there any jobs in New York City that actually produce something other than a fart in the wind on a website or in the windows of mannequins at Saks Fifth Avenue or in the ledgers of bankers and brokers, the parasitic middlemen?

Which brings me back to the collapsing markets, the product of fart-in-the-wind economics. I can foresee on 5th Avenue in Park Slope a beautiful resurgence of shuttered shops, rotted storefronts, the end of money’s welcome in its hypocrite hug, the end of surfeit, a return to normalcy. No more strawberries in January at the store on the corner – the strawberries were never meant to be eaten in winter anyway. Perhaps we might even see a return to the city of people who manufacture something other than air. I will be driven out first – because this screed is all air! So be it!

Christopher Ketcham writes for Vanity Fair, GQ, Harper’s, and many other magazines. You can contact him at cketcham99@mindspring.com