Let's have a bit of fun - found this today (spelling left as is): 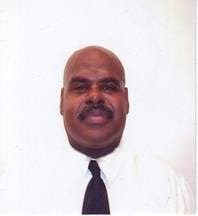 The Top News source of the Forgotten People, The American Workforce

Governor Palin has a proven track record of balancing budgets. Her opponents have a history of runaway spending which destroys Wall Street ability to obtain international capital needed for job creation. With our national debt at 12 trillion dollars we do need a Probama administration to eradicate the American Standard of Living.

Mr. Obama is a symbol of the American Welfare State. His pledge to pass out 50 billion dollars in stimulus (welfare) checks is reflective of his inability to management a budget. Americans want to work first, handouts second. This is the mentality of the welfare state. Mr. Obama, where is a hand draft version of your economy plan for the United States of America. Sir, talk is cheap, so too, the Welfare State.

Hmmm...maybe he saw the bikini pics and can't think...you know what? You go ahead and rip on this guy...I'm done. 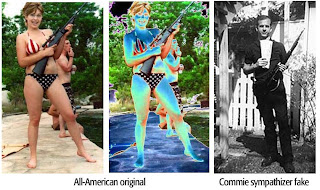 Actually...it's a rather iconic pose...and my bud Travis Kelly has vouched as to the authenticity of this photo.

Update: According to Snopes, the photos ar BOGUS...but they have served their purpose...to cement VP nominee Sarah Palin as a "babe".
Posted by hANOVER fIST at 4:27 PM