Michelle Obama and Louis Farrakhan’s Wife Together in Photo - How Terrible! 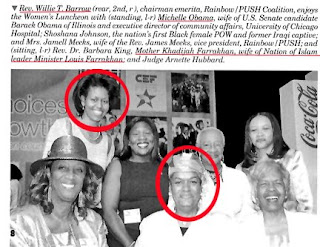 ALSO OF NOTE: Fruit of Islam guards would be present to protect Khadijah Farrakhan.

So...this is the October Surprise that Killary has?

You are a PIG.

The Clintons with Tony Rezko: 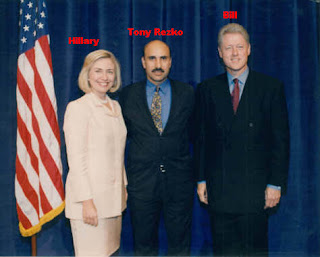 Oh...that's not fair, is it? Why, that's just a White House photo-op...it couldn't POSSIBLY have anything to do with business dealings, could it...?

I've got one better than picture associations...dear readers, I present to you the Clinton Death List:
Posted by hANOVER fIST at 1:52 PM