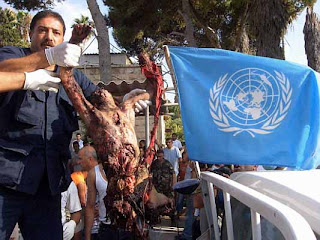 PR 30 (March 2005) ran a lengthy article by me entitled “Mossad Spies Imprisoned In New Zealand: Our Passports Valued For Use By Israeli Covert Killers” (it can be read online at http://www.converge.org.nz/abc/pr30-111.html ). To briefly recap – in 2004, New Zealand authorities became aware of a covert operation mounted by Israel’s external Intelligence agency, Mossad, to secure NZ passports (which are keenly sought after by those who seek hasslefree entry to most countries. Mossad has a long track record of using fraudulently obtained passports of friendly counties, such as Canada, for its agents to commit crimes, including several murders, in countries throughout the world). The spy ring consisted of at least three Mossad agents working from Australia (it later emerged that Australia secretly expelled an Israeli diplomat as a result of this scandal in NZ) and one New Zealand Jew. The ringleader, a Mossad agent, and the New Zealander got away to Israel. The two other Mossad agents, Eli Cara and Uriel Kelman, were arrested in the act of accepting delivery of a fraudulently obtained NZ passport. They duly pleaded guilty to a single charge and served three months of a six month sentence before being deported back to Israel. They were also each ordered to make a $50,000 payment to the Cerebral Palsy Association, as they had sought the passport in the name of an NZ cerebral palsy sufferer.

To give the Government full credit, Helen Clark hit the roof and imposed a series of punitive measures on Israel that fell just short of breaking diplomatic relations. It was made publicly plain that these measures would stay in place until Israel apologised. That is where things were at as of PR 30. The Government wasn’t kidding – in March 2005, Israel expressed surprise that a reserves general was refused entry into NZ to speak at a fundraising campaign organised by the local Jewish community. Phil Goff, the then Minister of Foreign Affairs, reiterated that all such visa requests would be refused until Israel apologised. It also emerged that month that Israel’s Ministry of Defence was the only client of an NZ manufacturer of military equipment to have been vetoed by the Government (see Kane O’Connell’s “Campaigning To End The Arms Trade At ‘Our Place’”, elsewhere in this issue, for further details on the NZ arms industry).


The pressure paid off. In June 2005, Israel apologised and the sanctions were lifted. This followed months of diplomatic wrangling about the wording of the apology and in the end Israel did not confirm that the two men were agents, merely referring to them as citizens. Helen Clark correctly said: “It is clear that the Israeli government will not apologise for criminal activity by just any citizens. There was a reason to apologise for the actions of these two citizens” (Press, 27/6/05; “Sanctions lifted after Israel apologises for passport incident”). Israel provided no explanation as to what the NZ passports were going to be used for. Clark said that an international arrest warrant had been issued for the New Zealander, Tony Resnick (now safely in Israel) and she also revealed that other NZ passports had previously been obtained by Israeli agents. The Government had decided not to pursue them, as they had now all been detected and all relevant passports had been cancelled.

The Government had the support of the public and media throughout this whole squalid affair. To quote from a Press editorial (28/6/05; “Humiliating apology”): “However humiliating it might be, for a beleaguered nation which requires international goodwill, it was an apology that had to be made…The New Zealand government was correct to take a hardline stance over the passport fraud…While it is positive that the relationship with Israel has been patched up, the apology does not quite mark the end of this passport affair. Two other participants are still at large and there are unanswered questions over the intended use of other New Zealand passports which were obtained by Israeli Intelligence agents and have now been cancelled…(It is) a successful, if protracted, foreign policy success for the Government”. The editorial also drew the obvious parallel with the 1985 fatal bombing of the Rainbow Warrior by France, the only other “friendly nation” Intelligence operation on NZ soil to end in criminal charges and imprisonment for the couple of agents who were caught. The French and Israeli spybosses both exhibited the same arrogance and contempt towards New Zealand - and the governments of both paid the price for their complacent stupidity.

In fact, stupidity seems to be a hallmark of Mossad. A February 2005 article by Nicky Hager in the Sunday Star Times (cited in Israel’s Haaretz, 27/2/05; “Israeli jailed in New Zealand headed Cyprus spy ring”) revealed that Kara, one of the two agents imprisoned in NZ, had sent two Mossad agents to Cyprus in a 1998 operation which resulted in them being arrested and serving nine months of a three year prison term. Kara’s friendship with a senior Mossad official got him posted to Australia, from where he worked on the illfated NZ passports operation. Apparently, after his return to Israel from a New Zealand prison, he decided to leave the world of Intelligence and took a job with the credit card transnational, Visa. Probably a good career move, I’d say.

Compared To Vanunu, Mossad’s Bunglers Have Got Nothing To Complain About


Cara and Kelman have got nothing to complain about. They could have got five years – they served three months. Compare that with the way Israel treats its own “spies”. The most famous case is that of Mordechai Vanunu, the man who blew the whistle on Israel’s nuclear arsenal. You can read about his case at http://www.converge.org.nz/abc/pr29-102.html#whistle (PR 29; June 2004; “Israeli Nuclear Whistleblower Free: Mordechai Vanunu Unbowed, Defiant”, Murray Horton). He served a full 18 year prison sentence, with not a day remitted; and most of that was in solitary confinement. He was reluctantly released under stringent conditions, including not being allowed to talk to the foreign media, or go abroad. He remains under constant surveillance and harassment. In November 2004 he was re-arrested on suspicion of revealing more classified information, and of violating his terms of release, namely by defying the restrictions and doing high profile international media interviews. “I cannot shut up, I must have freedom of speech” (Press, 13/11/04; “Vanunu denies spilling new secrets”, Reuters). Vanunu, via an e-mail to Green MP, Keith Locke, said that he wanted NZ citizenship so that he could get out of Israel. The Government was not prepared to entertain that idea, calling it “an empty political gesture” on the grounds that he was not allowed to leave Israel anyway (Press, 29/3/05; “Vanunu wants NZ passport”). In January 2006, he appeared in court on 21 charges of speaking with foreigners. So, what’s good for the goose is definitely not good for the gander as far as Israel is concerned. Hopefully, the humiliation of two of its agents being publicly identified, fined, imprisoned and deported, not to mention having to publicly apologise for the bungled operation, might cause Israel to think twice before deciding to again try and involve NZ in its murderous covert operations.

Besides, Mossad has found another willing helper – in January 2006, the Jerusalem Post reported that once New Zealand no longer became a source of fake passports, the German Intelligence agency Bundesnachrichtendienst (BND) stepped in to ensure a steady supply of fake German passports to enable Mossad to place agents in Middle Eastern countries. Let’s see if they get away with it this time. The Post said: “During the 90s, Mossad agents often used passports from Canada and New Zealand when travelling in enemy territory, but once the practice became widely known, they stopped” ( Press, 19/1/06, “Germany’ helped agents’”). So the killings will go on.
Posted by hANOVER fIST at 4:32 PM