Are we going to attack the courier here?

I found this communication and wished to gauge some response to the content - I do not necessarily endorse the views herein, but I do wish to ascertain if anyone feels there is any information that is either sorely lacking or right there in your face, as they say.

So without further ado...I present to you, dear readers, the rant:

I'm seeing a comprehensive attempt to re-foment BLACK / WHITE racial tensions on the part of Jews.


They have tried this before and FAILED miserably, that is why the Jew puppet Martin Luther King was assassinated - he was put in unbeknownst to himself to foment racial tensions. Unfortunately for Jews, and fortunately for everyone else, he was a UNITER, not a divider...and thus the Jews killed him off to get rid of him.


However, they are recycling the 1960's clips everywhere they can from small crypto-jew fake patriots to large media outlets.


LOOK VERY CAREFULLY into whoever is utilizing these old clips and the bulletins attempting flare up racial tensions.


More often than not you'll find an outright JEW or crypto-JEW behind the scenes.


Here are some of the latest JEW propaganda in this widespread effort:

Behind the Scenes: Black and shopping in America
http://www.cnn.com/2008/US/07/23/btsc. obrien/index.html?iref=mpstoryview
(self-explanatory)

CNN Top Video: "Whoopi says other word than N-word"
http://www.cnn.com/video/#/video/bestoftv/2008/07/23/lkl.whoopi.word.cnn"
(btw Whoopi GOLDBERG is half-jewish and they just love to use their own as the pawns for things they do)

Hip-hop artist Nas protests Fox coverage of Obama
http://www. usatoday. com/life/people/2008-07-23-nas-fox_N. htm
(Nas, an excellent black rapper who has of recently come out with tracks blasting FOX News, amongst other things, the JEWS have zeroed in on one little lyric and reframed him to state that his music is specifically designed to be a "protest of the FOX coverage of Obama" - TOTALLY LUDICROUS, THESE JEWS ARE OUTRAGEOUS!!)

But don't take it from me, listen to the track they are referring to for yourself!

HAVE YOU EVER SEEN THE PICS of OBAMA's mother?? Probably not, and why not??

BECAUSE JEWS DON'T WANT PEOPLE TO KNOW THAT HE IS HALF WHITE BECAUSE THEY ARE ATTEMPTING TO FLARE UP A RACE WAR, THAT'S WHY!!!!

HERE ON THE LEFT AS A CHILD

HERE IS OBAMA AS A BABY WITH HIS MOTHER

HERE IS OBAMA'S MOTHER AS A BABY AGAIN WITH HER PARENTS 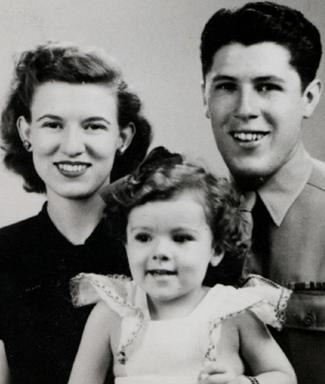 THE WAY THE JEWISH MEDIA IS SHAPING THE COVERAGE!??

THE WAY THEY ARE ACTIVELY ATTEMPTING TO FLARE UP RACIAL TENSIONS

TRYING TO START A RACE WAR!!!!

IT'S DIVIDE AND CONQUER, WHAT THESE JEWS HAVE BEEN DOING ALL THROUGHOUT THE COURSE OF HISTORY

IN PURSUIT OF THIS CONSPIRACY TOWARD JEWISH WORLD DOMINATION


Have I opened a veritable can of worms? I await your comments...
Posted by hANOVER fIST at 6:25 PM

You're one sick cookie, hanover. Have you no shame?

My shame is resigned to when I DO SOMETHING WRONG.

So far...since you actually won't address any issue, I see no need.

You did EXACTLY what I cautioned everyone against...you ATTACKED THE MESSENGER.

How about the message, schmuck?

I wanted to know if any of the information doesn't hold muster...but apparently, you CAN'T address the issue - you can only engage in stupidity.

Don't put stupid platitudes here...save them for your rimjob of a page.

What confuses you about the message that 9/11 Denial is still denial?

Not comprehending the written word is just another symptom of your psychological problems.

When are you going to get help, man?

Denial of something STUPID is something REAL AMERICANS stand for.

I won't presume to understand what you believe, so why don't you state the "facts" as you know them.