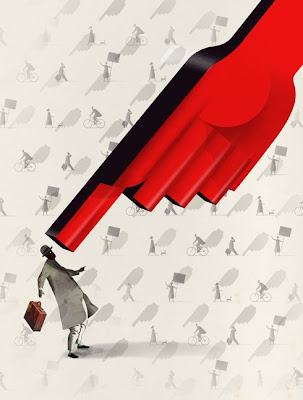 Christopher Ketcham has written an article for RADAR Magazine that, frankly, should be front-page news in our daily tabloids, rather than the useless pap our Distraction Media provides to us daily.

The question he poses in this article is thus: "Is the government compiling a secret list of citizens to detain under martial law?"

Along with this beautiful but disturbing piece, I would like to once again
present to you an interview Christopher Ketcham had with Scott Horton on this very subject and the very pointed topic of Continuity Of Government.

You know what goes great with this posting?

A dash of Deek Jackson...


RADAR Magazine is offering to you, dear readers, a RISK-FREE ISSUE! Such a deal!

Christopher Ketcham is a freelance reporter and writer for many venues including Antiwar.com, Harper’s, GQ, The Nation, Salon, Mother Jones, Men’s Journal, Good Magazine, Radar, and National Geographic. In 2002, he was selected as a Livingston Awards finalist for his Salon.com coverage of the 9/11 attacks in New York.
Posted by hANOVER fIST at 12:50 PM