"The REAL McCain" by Cliff Schecter: McCain temper boiled over in '92 tirade, called wife a '{See You Next Tuesday}'

John McCain's temper is well documented. He's called opponents and colleagues "shitheads," "assholes" and in at least one case "a fucking jerk."

But a new book on the presumptive Republican nominee will air perhaps the most shocking angry exchange to date.

The Real McCain by Cliff Schecter, which will arrive in bookstores next month, reports an angry exchange between McCain and his wife that happened in full view of aides and reporters during a 1992 campaign stop. An advance copy of the book was obtained by RAW STORY.

Three reporters from Arizona, on the condition of anonymity, also let me in on another incident involving McCain's intemperateness. In his 1992 Senate bid, McCain was joined on the campaign trail by his wife, Cindy, as well as campaign aide Doug Cole and consultant Wes Gullett. At one point, Cindy playfully twirled McCain's hair and said, "You're getting a little thin up there." McCain's face reddened, and he responded, "At least I don't plaster on the makeup like a trollop, you cunt." McCain's excuse was that it had been a long day. If elected president of the United States, McCain would have many long days.

The man who was known as "McNasty" in high school has erupted in foul-languaged tirades at political foes and congressional colleagues more-or-less throughout his career, and his quickness to anger has been an issue on the presidential campaign trail as evidence of his fury has surfaced.

As Schecter notes, McCain's rage is not limited to the political spectrum, and even his family cannot be spared the brute force of his anger.

Schecter, who also blogs at The Agonist, said in an interview the anecdote is "an early example of his uncontrollable temper." In the book he outlines several other examples of McCain losing his cool and raises the question of how that would affect a McCain presidency.

What should voters make of this pattern? In February 2008 Tim Russert succinctly described McCain on MSNBC's Morning Joe. A devilish grin spread from ear to ear as Russert, no McCain hater, leaned forward and spoke in a whisper, "He likes to fight." Russert got it right. But the big question isn't whether McCain likes to fight: it's who, when, and how.
The exchange between McCain and his wife was not reported anywhere when it happened, Schecter said (a LexisNexis database search confirms this). In 1992, McCain's mention in the national media revolved mostly around his involvement in the Keating Five scandal, and only local reporters closely followed his re-election bid.

McCain is well known for his rapport with the national media covering his presidential bid (he's jokingly referred to the press as "my base"), but Schecter said this incident was buried not out of fealty to the Arizona senator. Rather, it was uneasiness about how to get such a coarse exchange into a family newspaper, and he didn't fault the local press for not covering the incident.

"Members of the media are squeamish covering stuff like this so they let it go," Schecter told RAW STORY in an interview Monday. "Back in '92, when people use naughty words, [reporters] don't know as much what to do with it."

Much has changed since then. President Bush's reference to a New York Times reporter as a "major league asshole" was reported in at least 47 newspapers during the 2000 campaign, when the off-color remark was overheard, according to a database search. And more than a dozen newspapers have reported Dick Cheney's recommendation that Sen. Patrick Leahy "fuck yourself."

McCain and his aides have brushed off suggestions that his temper could impede his ability to perform the sometimes-delicate tasks asked of a president. The candidate was asked about his legendary temper last week on "Fox News Sunday," where he cited his ability to work "across the aisle" while in the Senate.

"You can't scare people or intimidate them if you're going to reach agreement with your colleagues and your contemporaries And I've worked hard at that, and that's what the American people want," McCain said. " The second thing is if I lose my capacity for anger, then I shouldn't be president of the United States. ... When I see the waste and corruption in Washington, I get angry."

Schecter says McCain's anger is much more than a passion for the issues. One can only imagine what would happen if McCain were to try to squeeze that temper into the tight confines of diplomacy.

"The public certainly has to know what this guy might do as president," Schecter says. Examples like the ones in his book "should worry people, quite frankly." 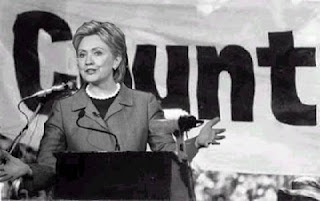